His first birds were a pair of Tawny Owls in 1980 – they were a gift from the renowned conservationist Mr Philip Wayre.

Charlie’s first falconry bird was Warren; a Common Buzzard. Warren arrived after Charlie met Jemima Parry-Jones at Chatsworth Country Fair in 1981. Warren lived until he was 27 years old. His daughter is still going strong and lives at NCBP!

Charlie worked at the International Centre for Birds of Prey in Newent for a couple of years before starting a degree at the Royal Agricultural College in nearby Cirencester.

After graduating from the Royal Agricultural College he worked as a falconer for the Duke of Buccleuch at Drumlanrig Castle for 5 years.

He has started and run several businesses from clothing manufacture to property developing. Charlie is the day to day manager of the Centre and is director of the National Centre for Birds of Prey.

When not at Duncombe, Charlie tries his best to be a half decent husband to Vicki and he enjoys teaching his son, William, how to misbehave.

Vicki has the dubious pleasure of being Charlie’s wife.

She played a major part in the fight to get planning permission.

Vicki has spent most of her working life as an embryologist. However 2019 saw her take a new direction as she took over the Owl House Cafe.

Vicki also makes sure that the NCBP complies with the ever growing mountain of red tape and legislation. She also acts as a part-time HR department, occasional caterer for Winter Owl Evenings and proof reader for websites and signs!

Kieran joined the bird staff bang in the middle of the pandemic in April 2021. He arrived right at the start of an extremely busy year and had little choice but to hit the ground running.

Before starting at NCBP Kieran worked as a falconer at Chester Cathedral.

Kieran is our volunteer coordinator and plays a big part in the running of the centre as a whole.

He can be seen on flying demos most days.

Amy volunteered at NCBP for several years before making the jump to being on the staff.

Amy has her own Harris Hawk who she flies each winter.

At NCBP she is our education officer and is in charge of both school visits and outreach visits to schools.

Amy’s background includes things as varied as running her own dog-sitting business and working as a burlesque dancer! She claims her dancing days are behind her now.

Our newest member of bird staff – Codie joined us in March 2022.

We found her wandering around the Welsh valleys.

You’ll find Codie taking part in the flying demos – and peering down a microscope as she runs our faecal testing programme. It’s not all fun you know! 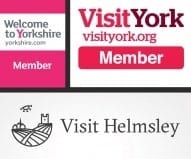 We are happy for you to take photos, but you must get written permission from us before using photos of our site or birds commercially. Thank you
PRIVACY POLICY

0
Your Basket. Please note, by purchasing you are deemed to have accepted our terms and conditions